Justice in Mining is a global network of Jesuit organizations and social centers that, inspired by Ignatian spirituality and the call of Laudato Si’, seek to discern and promote socio-environmental justice in conflicts related to mining and extractivism.

Mining is a controversial and complicated issue. The large-scale extraction of minerals is usually justified by the need of ores, metals and other rare earths for developing new technologies. However, the increasing demand of these raw materials is boosted by a distorted and unsustainable development process.

The current business model for mining activities often causes huge environmental damages and forced displacement. In many developing countries, mining projects are seen as an opportunity to reduce poverty and achieve economic growth. However, without adequate control systems and regulations, they can also represent a threat to communities exposed to the risks that occur in the extraction areas (indigenous peoples, peasants, coastal communities). It is important to bear in mind the ecological limits of the planet but also the point of view of those who live in the margins of the system.

For the past ten years, the organizations that are part of Justice in Mining have been accompanying and serving communities affected by mining for three different purposes:

Justice in Mining is an Ignatian global advocacy network, and is inspired by the social doctrine of the Church and the mission of the Society of Jesus in the service of faith and justice. Its understanding of Ignatian spirituality is expressed through practice, not only in theory, and has to do with the commitment to the service and accompaniment of those communities affected by mining. What gives meaning to this network is to be able to work with these communities and share the expectations and concerns of the younger generations about their present and future. Justice in Mining networks with other activists, grassroots groups and social movements, allowing them to join forces and hope to face the challenges of mining in the 21st century.

During the development of this Strategic Plan, three thematic priorities were identified in which we can strengthen our collaboration among different Jesuit Conferences:

This Global Strategic Plan 2019-2023 was approved by the network’s core group in Johannesburg, South Africa, following the 1st Thematic Social Forum on Mining and the Extractivist Economy (November 12-15, 2018). The full plan can be downloaded here [Spanish]. 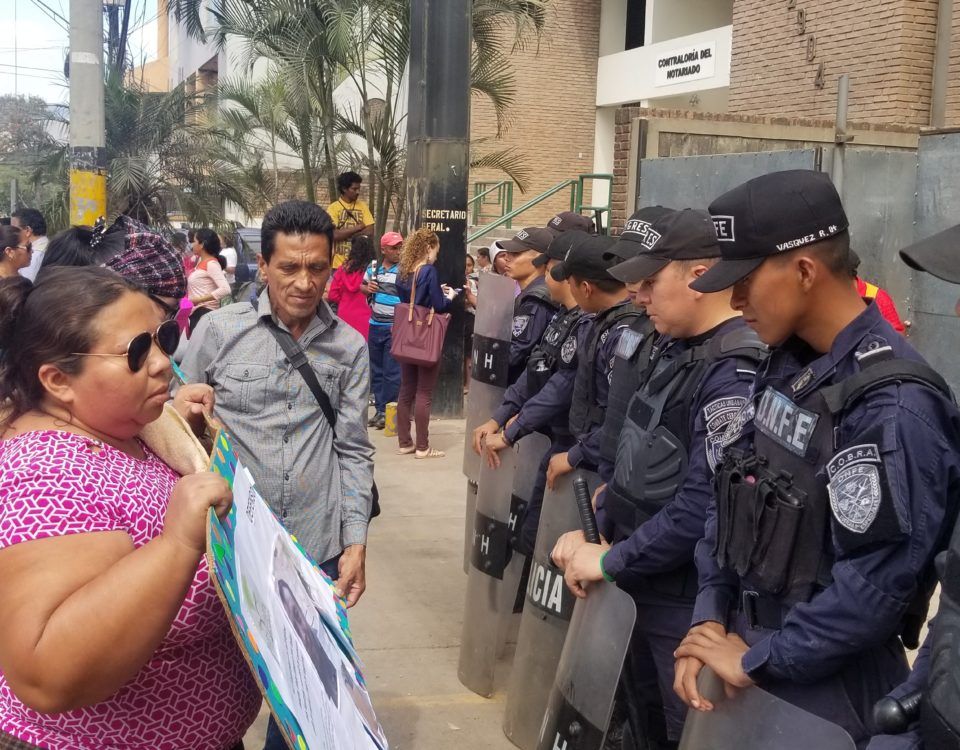 Cooperation and solidarity with communities affected by mining