The organisation celebrates its 37th General Assembly facing new challenges in an atmosphere of collaboration between groups from different continents.

Fe y Alegría International held its annual assembly from 21 to 25 March in Bogota, Colombia. It was the first face-to-face meeting since the pandemic caught us gathered in Guatemala in March 2020. Meeting and dialogue are fundamental to the way of proceeding of a movement like Fe y Alegría, which bases its federative strategy on consensus and joint construction. That is why there was a great desire and need to meet in order to continue strengthening the links and processes that underpin our joint work.

Simultaneously with the federative event, on 23 March we took the opportunity to celebrate the 50 years of work of Fe y Alegría Colombia with a big celebration at the Colegio San Bartolomé presided over by the provincial of Colombia, Fr Herman Rodríguez, SJ, who was accompanied by the president of the CPAL, Fr Roberto Jaramillo, SJ, and the International Coordinator of the Federation, Carlos Fritzen, SJ. Especially memorable was the speech and farewell of the director of FyA in Colombia, Victor Murillo, who has been in charge of this national office in recent years.

On this occasion, the assembly was of particular importance as it was the moment of change of several leadership positions in the federation, including the International Coordinator and three members of the Board of Directors. For this reason, the federation had been working for months on a discernment process led by Fr. Jesús Zaglul, SJ, with the aim of arriving at this meeting with a previous work on personal attitudes towards the election, the debate and understanding of the state of the federation, and the desired profile of the new international coordinator. As a novelty in this process, the federation followed the dynamics of prayer and murmuratio that the Society of Jesus usually uses for the election of the new Father General. The work culminated in the election of the members of the Board and the creation of a shortlist of possible Coordinators, which is now in the hands of the President of the CPAL to proceed to the final appointment.

In addition to the various elections, the topics of the assembly were quite varied, including the traditional rendering of accounts of last year’s performance as well as the proposal and approval of the federation’s plan and budget for the coming year. Special mention should be made of the internal debate on the need for changes in the federation’s governance structures in order to adapt to an increasingly diverse and global reality, as well as the panel and subsequent debate on the process of internationalisation, especially focused on the challenges and opportunities it is bringing to the movement.

Although the Fe y Alegría federation is historically Latin American, with presence in Spain and Italy, since 2007 it has been carrying out a process of internationalisation that has led it to have five Fe y Alegrías in Africa (Chad, Madagascar, DR Congo, Guinea-Conakry, Angola) and two in Asia (Cambodia and Nepal).

This process is being a real challenge for the redefinition of this popular education movement in which new contexts, not only educational but also cultural, linguistic and religious, are strongly emerging. 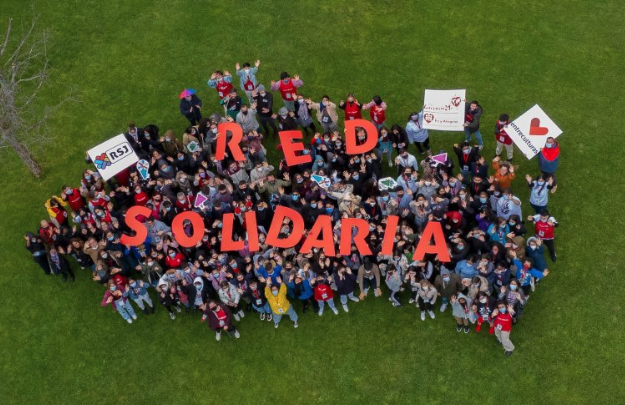